We use cookies to ensure that we give you the best experience on our website. If you continue we assume that you consent to receive all cookies on all Manchester Place Partnership websites.
I accept
27/11/2019

Rebecca Heron joined Wigan Council 18 months ago as Director of Economy and Skills with a remit to define a clear economic strategy for the borough and upskill residents to ensure they can access the opportunities that economic growth brings.

I attended MIPIM for the first time in 2019. I wasn’t part of the official Manchester Partnership delegation, but I took advice from colleagues who told me that if we wanted to go in future as a formal partner it would be worthwhile attending independently first to see how MIPIM works and how we could make the most of the opportunity.

I know lots of people talk highly about the standard of the Manchester presence at MIPIM, but the range of partners and the standard of the events and panel sessions was really striking. It’s a great place to meet lots of people in a very short space of time and to schedule the number of meetings that I ended up having would have taken months to organise; and that was the key benefit for me.

Of course, there are preconceived ideas about MIPIM; that it’s all drink receptions and schmoozing for the development industry. There is an element of that, of course, and we’ve all seen photographs with a sea of men in blue suits, but I would have to say the Manchester delegation works hard to dispel that image. It’s very business-like, the delegation is quite mixed in terms of gender balance, and it is very much about doing business; portraying Manchester and Greater Manchester on an international stage as somewhere to invest in and to do business with.

Wigan Council has decided to formally join the Manchester Partnership in 2020. We were a bit late to the party in 2019 and I don’t think we had particularly coherent, well-developed plans to promote at the time; however, for MIPIM 2020 we are much further ahead. We’ve got a strong economic strategy, a really clear idea of where we want to take that strategy, and specifically we’ve got some real ‘investable propositions’.

There are several key developments that we are looking to bring forward. By the time MIPIM 2020 comes around we’ll be in the middle of a competitive dialogue process to redevelop a key shopping centre in the town and we’re bidding for significant levels of Future High Street funding to partly redevelop The Gallery Shopping Centre, but also the Kings Street area. 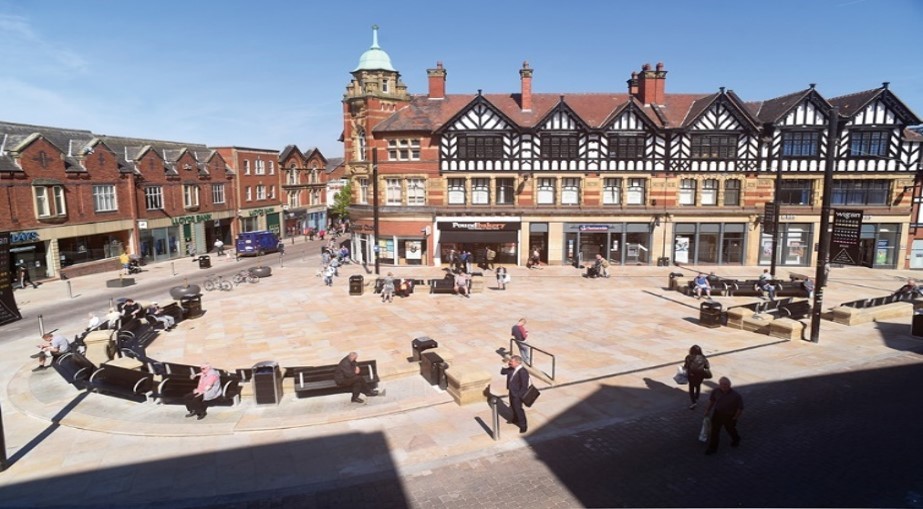 Wigan, like a number of town centres, is struggling in lots of ways and that’s partly due to an over supply of retail space. The only way we are going to put the town centre on a more sustainable footing is to diversify uses and that means working with the development industry to bring in residential, leisure, food and drink, commercial, office, and business incubation space – and we are now well advanced in our plans to bring those new uses in. So, I think that being a formal part of the Manchester delegation will offer us the chance to actively promote those opportunities and test some ideas with the industry.

We’re not planning a formal panel event at MIPIM 2020, partly because I think that if we’re going to showcase our proposals on a panel, they need to be further developed than they are now. The development industry hears all the time about towns that have ambitions for their centres, but I think it needs to be more than ambitions. I think that by 2021 we’ll be in a position to follow the likes of Stockport and Trafford with panel sessions, but for Wigan at MIPIM 2020 it’s about talking to more people about our plans.

Success at MIPIM for Wigan is about continuing to build connections. As I said, in 2019 one of the key benefits for me was the sheer number of people that I met with and I want to continue that. I’ve worked in Greater Manchester for a long time and I know lots of people in the public sector – I’ve written any number of economic strategies, bids and submissions to government – but what’s really great about the role I have now is that after years spent working on economic visions, strategies and masterplans, I now get to deliver them. To do that I need to strengthen the connections that myself, the Chief Executive and others in the Council have with the development industry; to deepen their understanding of what we are trying to deliver and to work creatively with them to identify the best ways to bring forward our plans.

I’ve been working closely with a group of leaders across Greater Manchester to strengthen future leadership across the region. I think what Greater Manchester has benefited from, and what I’ve seen first-hand working for Greater Manchester, is that a really strong strategic vision – looking 20, 30 or 50 years ahead – and a clarity and consistency of purpose is what has underpinned Greater Manchester’s success in recent years. But if we are going to continue this success, we really need to bring forward the next generation of future leaders and there are a number of initiatives that we are looking to develop including formal leadership programmes, networking and mentoring.

The Manchester at MIPIM Next Generation Leaders’ Delegate Pass is a really positive initiative and will be hugely important in helping young leaders make those important connections that they carry with them throughout their career. The consistency and strength of leadership at a Greater Manchester level is dependent on really strong connections between the public and private sector which are forged at MIPIM, so I would suggest to any partner thinking about involving young leaders that they should take the opportunity of the reduced rate delegate pass and bring them along to see how some of these plans are conceived and taken forward.

We are operating within very uncertain times. I’m really conscious that Wigan has got a really strong economic vision for the borough and some coherent plans for our town and district centres, but the council cannot deliver them on its own. We are heavily dependent on working in partnership with the development and investment industry – and of course, uncertainty affects those industries in a negative way – but I think what we can do at MIPIM is articulate the strength of our plan, the scale of our ambition, our willingness and ability to make it happen, and overall to set Greater Manchester apart as a region that knows how to do business.