We use cookies to ensure that we give you the best experience on our website. If you continue we assume that you consent to receive all cookies on all Manchester Place Partnership websites.
I accept
09/03/2018

Designs by architect SimpsonHaugh and landscape specialist Planit-IE focus on the creation of a world-class urban quarter and celebrate the heritage of a Manchester landmark - The Great Northern Warehouse.

Trilogy Real Estate and Peterson Group’s plans for the transformation of the Grade II* Listed Great Northern Warehouse, along with Deansgate Terraces and Great Northern Square have been given planning consent by Manchester City Council. Since acquiring the Great Northern in 2013, the partnership of Trilogy and Peterson has been developing a series of proposals in a ten-year plan to bring to life one of Manchester’s most historic and strategically significant regeneration areas.

The public was consulted extensively during the planning process, with the partnership hosting two public exhibitions in August 2017 and a series of consultation events that engaged over 200 local residents and stakeholders.

The plans have been drawn up by a team of consultants that includes masterplanner Will Alsop’s aLL Design, architect SimpsonHaugh, Altrincham-based landscape specialist Planit-IE and interior architect Johnson Naylor. Deloitte Real Estate acted as advisors on planning and 2110 Consult was project manager. 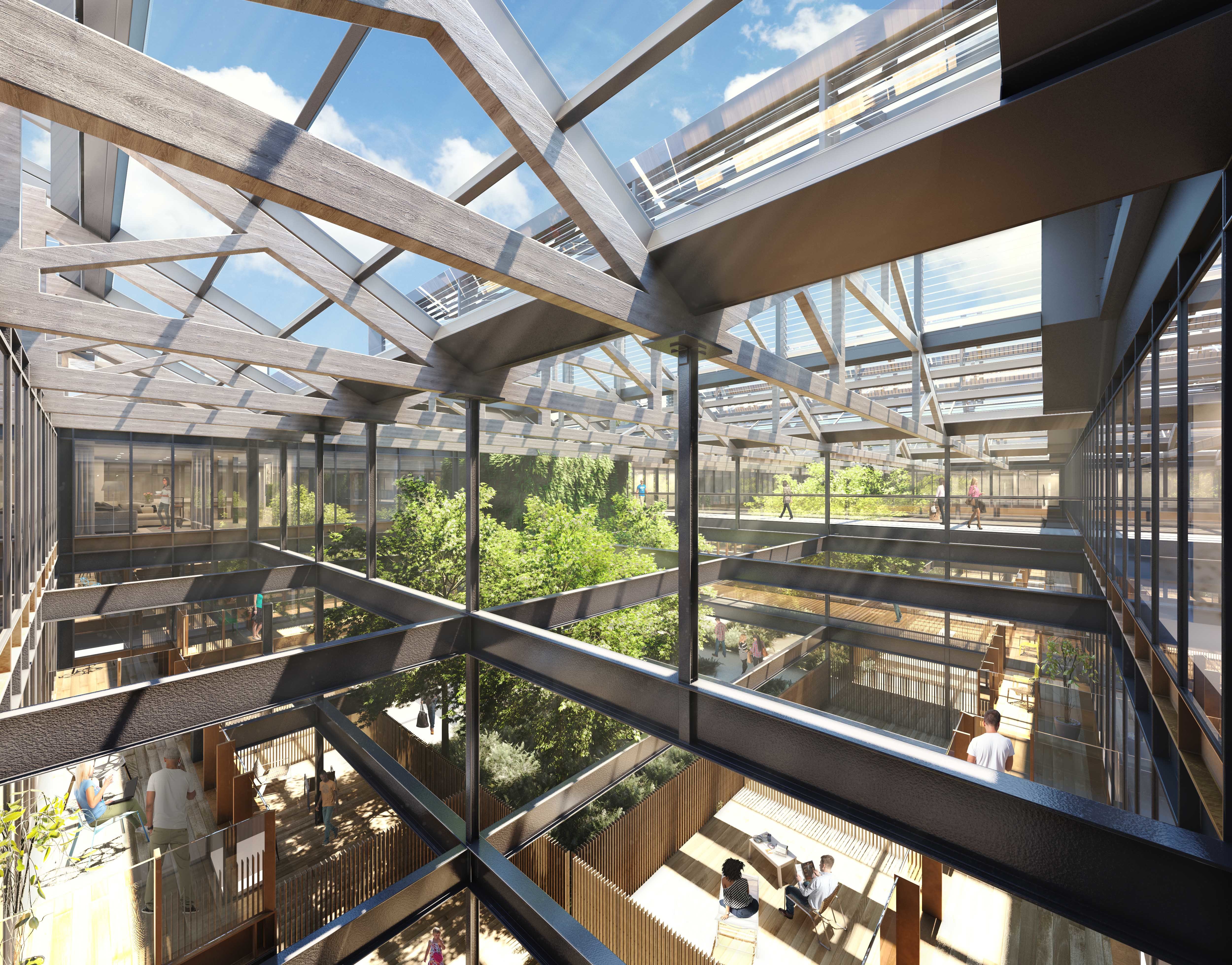 “The Great Northern Warehouse and Square offer one of the most significant regeneration opportunities in Manchester city centre, and we are delighted that this first phase of our ten-year plan to revitalise the site has been approved by Manchester City Council

“This will be the first part of a scheme to regenerate 6.5 acres of Manchester’s civic centre and to open up Petersfield as a walkable ‘live, work and play’ neighbourhood for the City.

“Petersfield was the location of two defining moments in the UK’s political and cultural history, namely the Peterloo Massacre in August 1819 and the birth of Punk at the Lesser Free Trade Hall in June 1976.

“Maxine Peake’s incredible recital of Shelley’s ‘Masque of Anarchy’ at the Manchester International Festival in 2013, just yards from the location of these historic events, gave us the inspiration to incorporate verses from Shelly’s poem into the architecture of our development – this is our way to celebrate the best of the “Great North”.

“We are very pleased that the proposals for this important site have been approved. Our design approach was shaped by the key principles of respecting and celebrating the site’s heritage assets and transforming the existing public realm. By stripping back the obtrusive modern additions and sensitively repairing and enhancing the original fabric, we aim to reveal this great building for the public to enjoy.”

Trilogy and Peterson see the current use of the Great Northern Warehouse as a car park as completely at odds with the quality and heritage value of the building. The designs propose to revive the Great Northern Warehouse by converting the upper three storeys to high quality residential accommodation, stripping away modern additions like the parking ramps to reveal the building’s historic character and conserve its heritage. In addition Deansgate Terraces will be renovated to create a high quality retail street at ground level, with residences on the upper floors. A total of 142 new homes will be created by the development, and 44,000 sq ft of commercial space will be brought to market.

Across the site, public space will be increased by over 25%, from around 6,200sq m to 7,850sq m. The designers have placed pedestrian access at the top of their priorities, proposing new high quality, legible and accessible pedestrian routes across the site, lined with front doors, shops and cafes to provide an active, welcoming environment.

Great Northern Square has been reimagined to create a new urban oasis that will boost local biodiversity and provide a place for families, local residents and workers to relax. The existing amphitheatre will be covered over, with a lawn placed on top and broad-leaved trees planted. The new square will be more attractive and easier to navigate for those passing through. Under the square, a series of water tanks are proposed to collect rainwater that will provide irrigation for the new trees and sustainable water uses within the apartments.

One of the highlights of the new public realm is an artwork on the terminating wall of the Deansgate Terrace featuring engraved verses from Shelley’s Masque of Anarchy. Trilogy and Peterson hope to have this in place in time for the 200th anniversary of the Peterloo massacre, which the poem commemorates.

Dean Street, a new pedestrian street, will run parallel to Deansgate, providing retail units ideally suited for independent retailers, cafés restaurants and bars. Public realm on top of the former railway lines will be activated by relocating the entrance to the existing cinema alongside proposed gym and restaurant entrances.

Built by Great Northern Railway between 1896 -1899, the Grade II* Listed Great Northern Warehouse is visually striking evidence of Manchester’s industrial past. The original glazed brick lettering along the upper level of all four elevations of the warehouse is a local landmark that can be seen across the city.

Further phases of the transformation are currently in the early stages of consultation, with plans to deliver the project over the next ten years.